German born, Christiane Nowak studied Product Design at Bauhaus University. She moved to Canberra in early 2011 and was attracted to design work for the theatre, first working with QL2 on set design (in collaboration with video artist Sarah Kaur) for Noplace directed by Adelina Larsson. Establishing herself as an independent theatre and interior designer in Canberra, Christiane first worked with The Street in 2012 on Widowbird by Emma Gibson moving on other works including Bartleby by Julian Hobba and opera From A Black Sky by Sandra France. Other works designed include: Hit the Floor together (QL2), Where in the world is Frank Sparrow? by Angela Betzien (CYT), and Dead Men‘s Wars by Ralph McCubbin Howell (CYT & Long Cloud Youth Theatre), Ghosts in the Scheme (BigHart). She debuted as a designer in film for The Deep End by Claire Young, screening at the Cannes Film festival 2016 at the Short Film Corner and is currently working on a film with ACT filmmaker Deb Kingsland.

Christiane talks to The Street ahead of Pigman’s Lament.

YOU STUDIED PRODUCT DESIGN AT BAUHAUS UNIVERSITY IN GERMANY. HOW DID YOU COME TO LIVE IN CANBERRA AND BEGIN WORKING AS A THEATRE DESIGNER?

I travelled to Brazil as part of my research for my Master thesis, where I’ve met a couple of people from Canberra. I knew I wanted to move to Australia once I finished university, because I fell in love with this country as a backpacker twelve years ago. So I came to Canberra, thinking I would move onto Sydney or Melbourne for work. I stayed. I love this city and I could see the potential and quality of life it offered. Working in hospitality gave me access to Canberra’s large and friendly network of people from all backgrounds. Soon, I found myself working with dancers at QL2 making my first set installation for choreographer Adelina Larsson.

YOU HAVE WORKED ACROSS DIFFERENT ARTFORMS INCLUDING OPERA, THEATRE, DANCE AND FILM. WHAT ARE THE DIFFERENT PROCESSES FOR EACH?

The initial design process is quite similar at first. You draw from the script or the brief that you would be given by a choreographer, director or filmmaker. My work is to translate the words and world described, into a three-dimensional work that you can touch, play with and walk in. When it comes to the costumes, you apply the same principles. It is about telling a story that is not spoken – the communication between the written lines. All those visual connections that go hand in hand with what we hear and experience through acting. The difference in theatre and dance compared to film is mainly the fact, that you can see everything close up. You don’t have many chances for complete costume or set changes or little tricks. It is live and real.

WE’RE LOOKING FORWARD TO PIGMAN’S LAMENT OPENING IN LATE JUNE. WHAT WAS YOUR INITIAL DESIGN BRIEF FOR THE SHOW?

I was lucky to be part of it from the very first script. So I could see the journey the story has made and how it re-shaped and evolved. Often you read something for the first time and then you put it away. Subconsciously, this story comes to life, images shape and the world starts to develop. So when I sat down with Raoul after he worked with Paulo intensively in Adelaide, it was really a matter of details. Discussing practicalities, changeovers and blocking. The look of the world itself became even clearer.

HOW HAVE YOU COLLABORATED WITH ACTOR RAOUL CRAEMER?

We have been meeting regularly to discuss changes or come up with new ideas. He has been generous with sharing ideas and thoughts. I think it has been a great exchange of input from all sides. The work has been exciting so far – trying out different things, considering alternatives and taking little risks in the process. We have worked together before, so it was quite a familiar environment.

WHAT CAN WE EXPECT VISUALLY IN THE SET DESIGN FOR PIGMAN’S LAMENT?

You can expect a stark visual effect with subtle messages across the set and costume. We are playing with strong textures, reflections and controversial aspects on all levels. There will be surprises, mixed emotions and elements from different worlds and times. 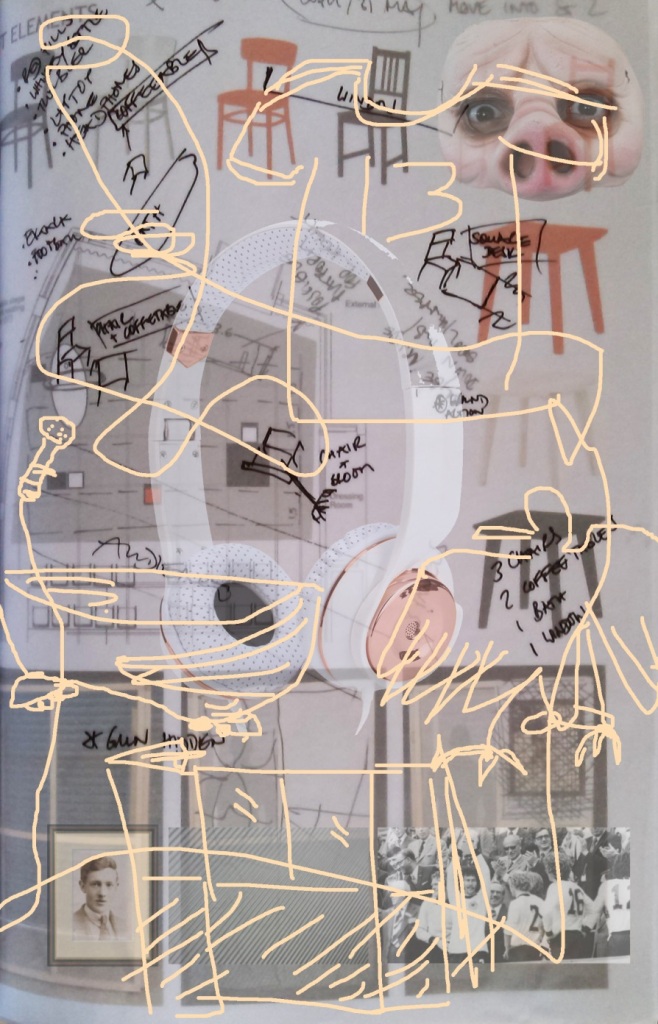