Julian Hobba is currently Artistic Director of Aspen Island Theatre Company, a contemporary Australian theatre company based in Canberra. He has a broad range of experience including in festival programming and the commissioning of new work as Program Manager: Arts and Culture for the Centenary of Canberra and within a professional theatre development and producing context as Company Manager at Malthouse Theatre. Julian has independently and professionally written, directed or produced a number of his own works, most recently, in August 2014, he wrote and directed Bartleby (after Herman Melville) for The Street Theatre and Aspen Island Theatre Company. 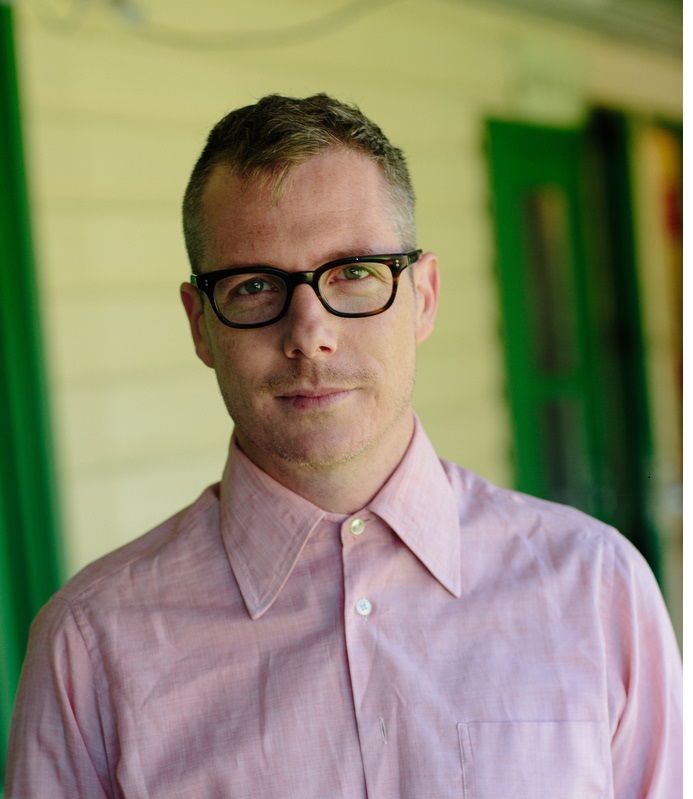 Julian Hobba talks to The Street ahead of The Slip Lane season.

CANBERRA BOASTS A SMALL INDEPENDENT THEATRE SCENE. TELL US ABOUT YOUR COMPANY – ASPEN ISLAND THEATRE – AND ITS ARTISTIC VISION.

Aspen Island Theatre Company (AITC) is a company I set up with a group of friends and colleagues about three years ago with the aim for it to become, in time, a sustainable professional contemporary theatre company based in Canberra. I pursue my own theatre practice through the company, but we also want to collaborate with other makers in Canberra, through platforms like the outdoor Public Theatre that we presented in Civic Square in 2015.

YOUR NEXT WORK THE SLIP LANE PREMIERES END OF JULY. WHAT WAS THE INSPIRATION FOR THE SLIP LANE, YOUR STORY ABOUT LOVE AND LONELINESS AND GUNGAHLIN?

The inspiration for The Slip Lane came from time spent driving in my car around Gungahlin when it was my closest point of contact with civilisation during the time I was living on my Dad’s farm outside of Canberra. My best friend and sister live there too. All of the suburbs and the town centre had emerged so quickly, it seemed unreal to me and raised lots of questions about what sort of lives we want in the places we create. I was also struck by the paradox of the agency that comes with driving a car, but only to places where the roads go.

TALK US THROUGH ITS DEVELOPMENT AND ARRIVAL AT A REHEARSAL READY SCRIPT.

I began working on the script as part of The Hive program at The Street and showed early drafts to the dramaturg Peter Matheson. His feedback was a really useful starting point and I’ve been refining the script over about two and half years since I first showed it to him. It’s been through readings and subject to feedback from people I trust. AITC was lucky enough to receive an ACT Government Arts Fund grant to fund the production, so I’m privileged to work with some really fine creatives to make the performance.

YOU’VE CHOSEN TO DIRECT THIS WORK. DESCRIBE THE EXPERIENCE OF DIRECTING A PLAY YOU HAVE WRITTEN.

It’s wonderful. I really admire actors so much and regard it as an absolute treat to be able to spend time in rehearsal working collaboratively with them on the creation of a world. You make a world with its own rules and characteristics and everyone has to share the vision and understanding, which is just a really interesting communal process in itself. I don’t think I would direct my work if I didn’t have a fairly strong vision for what a production of it should be. And of course, it changes so much because the designers and performers bring their own impressions to the work.

WHAT ARE YOU DISCOVERING ABOUT THIS WORK IN THE REHEARSAL ROOM?

We’re discovering a fine line between the real and the unreal in the psychology of the characters at the centre of the play – Matthew and Missy. They’re each engaged in a kind of existential struggle and the struggle is for each of them to just establish the certainty of the ground on which they stand. We’re discovering the power of subtle exchanges – the way that small gestures can carry a lot of emotional impact. And I think we’re discovering the fragility of human relationships.

YOU DESCRIBE THE SLIP LANE AS AN ABSURDIST PLAY. WHAT CAN WE EXPECT?

The language we’ve started to use in the rehearsal room is around expressionism – a play in which the environment and world can manifest the inner emotions and thoughts of the characters. So I think what people can expect is the unexpected. The human relationships are grounded in reality; a really recognisable and familiar set of circumstances, but that serves as an avenue into the extraordinary emotions that sit behind and beneath our everyday actions.

VISUAL ARTIST DANNY WILD WHO WORKS BETWEEN KINETIC SCULPTURE, SOUND, PERFORMANCE, AND TWO/THREE DIMENSIONAL VIDEO IS A CREATIVE COLLABORATOR. TELL US ABOUT THIS PARTNERSHIP AND ITS PLACE IN THE PLAY.

I’m really chuffed to be working with Danny on the play. I’ve seen his work in visual art exhibition spaces and online and when Imogen and I began to talk about who we would like to collaborate with, Danny’s style seemed just perfect to us. Danny creates visual representations of the various locations we visit around Gungahlin in the play, but we’ve also thrown him the challenge of realising some conceptual descriptions of environments and characters too.

I think it’s a hard time in the arts at the moment. The Federal Government has taken a really blunt and undiscriminating axe to arts funding at a federal level in a way that suggests complete disdain for, and misunderstanding about, the way artists and the arts industry works. It also undermined the place of culture in Australian society. And that has curbed my sense of inspiration about the possibility of the arts and creativity lately. I’m sure it will come back soon.

I’m reading a book called Independent People by Halldor Laxness, which is set in Iceland in the 19th century. I’ve been reading it forever but am nearly finished! I’m also reading lots of design related books and thinking a lot about our relationship to the material world – about what we are given and what we can shape. I like listening to podcasts, especially Entitled Opinions by Robert Harrison. He’s a super-Heideggerian, which is partly where I started to think about our relationship to the material world and being in the world. I’m also watching Veep and I luuuurve Julia Louis-Dreyfus and that deadpan kind of comedy.